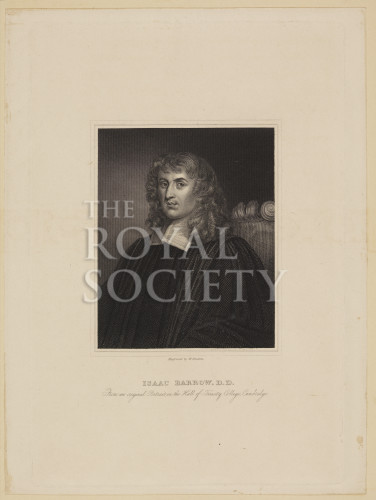 Portrait of Isaac Barrow, engraved by W. Finden after 'an original Portrait in the Hall of Trinity College Cambridge. This is most likely the portrait by Isaac Whood. It is unknown when this engraving was made.

Isaac Barrow (1630-1677) was a mathematician and theologian. He was elected to the Royal Society in 1662, and he was Master of Trinity College, Cambridge from 1672 until his death. His mathematical lectures were published, the manuscript versions of which can be found in the archives of the Royal Society. Barrow was the tutor of Isaac Newton.