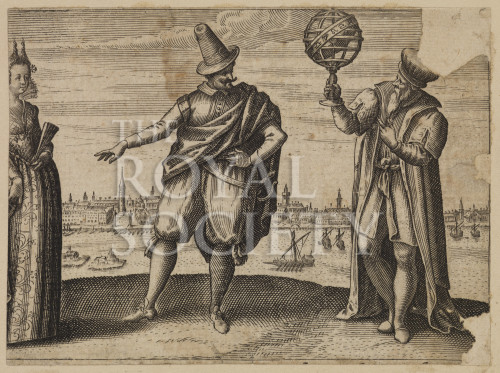 The choice between science and worldly temptation

Engraving with a moral message, showing a man who needs to make a choice between science (depicted by an old man with an armillary sphere) and worldly temptation (depicted by a young woman). Seascape with boats, and a city in the background.