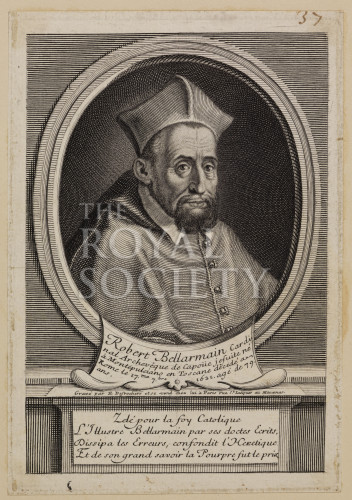 Robert Bellarmine (1542-1621) was an Italian Jesuit priest and cardinal. He is especially known is his role in the Galileo affair, in which Bellarmine informed Galileo in 1616 of the forthcoming Catholic stance on the Copernican doctrine. He ordered Galileo to abandon this doctrine.