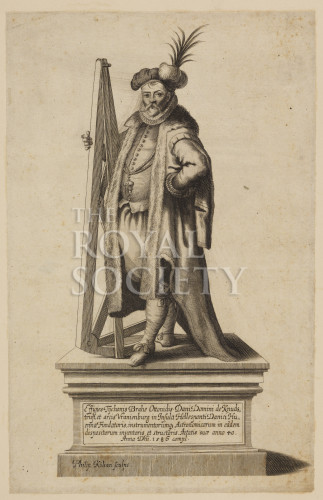 Engraved portrait of Tycho Brahe, by the engraver Philipp Kilian.

Tycho Brahe (1546-1601) was a Danish nobleman and astronomer. He combined the Ptolemaic planetary system (the Sun orbiting the Earth) with the Copernican system (the other planets orbiting the Sun) into the Tychonic system. He established an astronomical observatory and alchemial laboratory called Uraniborg on the small island of Hven, between Zealand and Scania, which was Danish at the time.