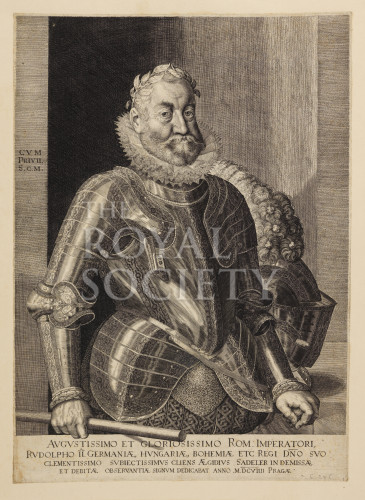 Portrait of Rudolf II, engraved and etched by Aegidius Sadeler.

Rudolph II (1552-1612) was Holy Roman Emperor from 1576 to 1612. He was also King of Hungary and Croatia, King of Bohemia and Archduke of Austria. He was a Habsburg, and build a court in Prague famous for its artists and scientists.