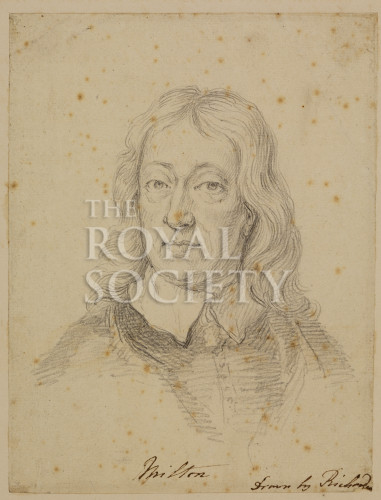 Drawing of John Milton by Jonathan Richardson, after an engraving by William Faithorne.

John Milton (1608-1674) was a poet and man of letters. He was a supporter of the Parliament (Cromwell) during the Civil War, which meant he went into hiding after the Restoration in 1660 and lived a quiet life afterwards. During his entire life he published many pamphlets and poetic and philosophical texts, including his famous Paradise Lost (1667).