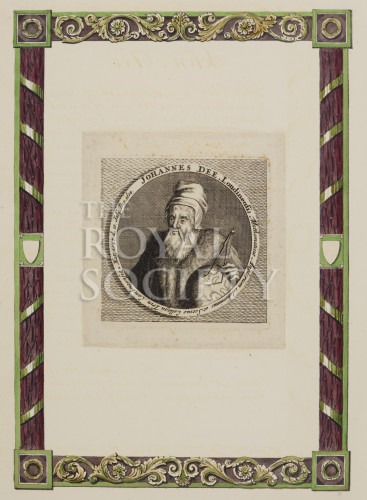 Portrait of John Dee by an unknown engraver. Framed with coloured slips of decorative pattern.

John Dee (1527-1608/9) was a mathematician, astronomer and astrologer. He also served as an advisor to Queen Elizabeth I. Most of his research was into esoteric philosophy, including his angelic communications, later published by Méric Casaubon.