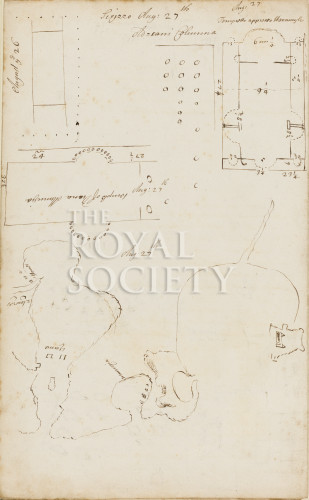 Map and buildings from the Athenian Acropolis, Greece

Drawings of the structural layouts of several buildings from the Acropolis in Athens, Greece, including the Temple of Diana and the Parthenon. The lower half of the page contains a map of natural features of the region.

These drawings are found in the journal by Francis Vernon of his travels in the Eastern Mediterranean, kept between 1675 and 1676.