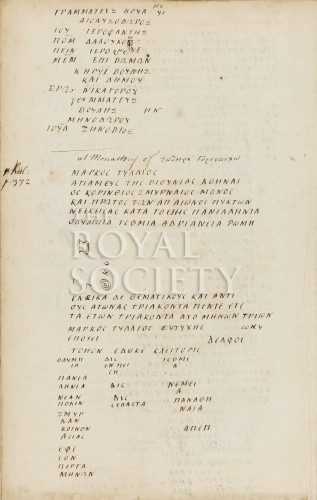 Small drawing on page of inscriptions

Small drawing within a page of Greek inscriptions. This drawing is found in the journal by Francis Vernon of his travels in the Eastern Mediterranean, kept between 1675 and 1676.