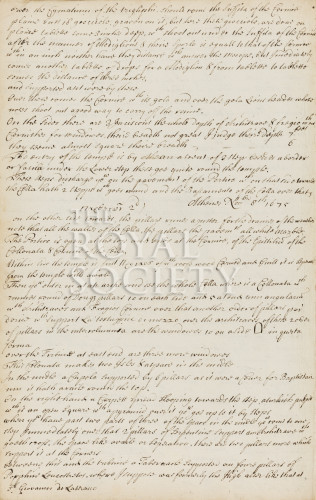 Window in the Temple of Minerva

Image of a window in the Temple of Minerva in Athens, Greece. These images, along with the textual description and measurements of the temple, are in the journal by Francis Vernon of his travels in the Eastern Mediterranean, kept between 1675 and 1676.