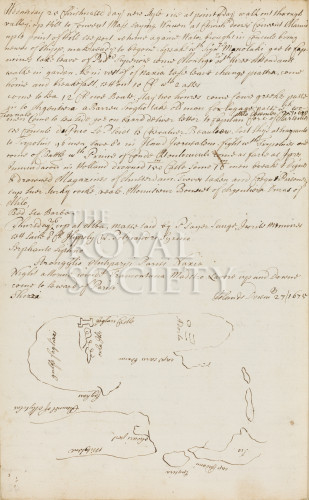 Partial map of Greek islands in the North Aegean Sea, including the town of Mytilene located on island of Lesbos. This drawing is found in the journal by Francis Vernon of his travels in the Eastern Mediterranean, kept between 1675 and 1676.