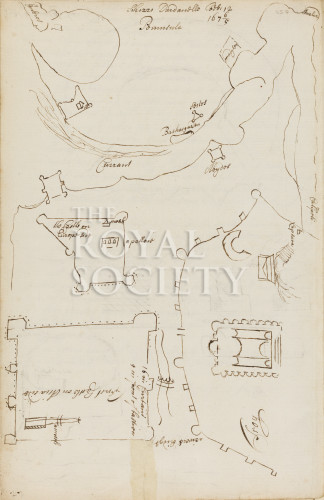 Map of the Dardanelles

Map of the Dardanelles, known in classical antiquity as the Hellespont, the narrow straight through Turkey that separates Europe and Asia. Included on Vernon's map are castles on both the European and Asian sides, as well as the city of Troy, which is located near the mouth of the Dardanelles on the western edge of the strait. He also labels the island of Imbros (modern day Gökçeada) and the town of Abydos, the location where, according to Herodotus, two bridges were built across the width of the strait by Xerxes I.

This map is in the journal by Francis Vernon of his travels in the Eastern Mediterranean, kept between 1675 and 1676.