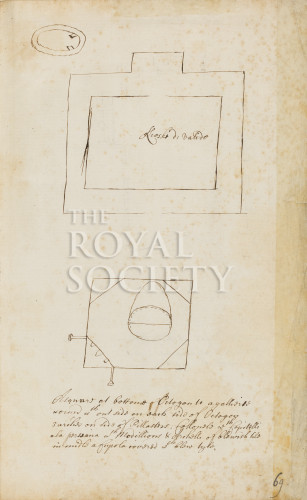 Drawing of two buildings near the Dardanelles straight in modern-day Turkey. This drawing is in the journal by Francis Vernon of his travels in the Eastern Mediterranean, kept between 1675 and 1676.