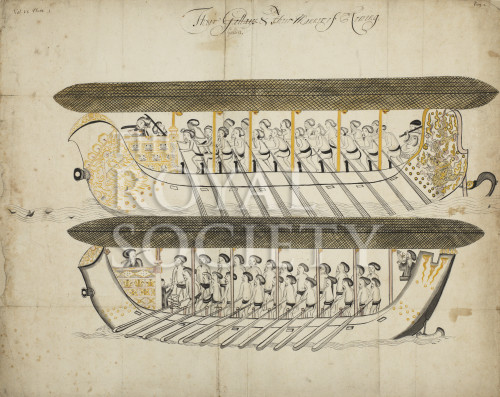 The gallies and their manner of rowing

The Gallies and their Manner of Rowing, in Illustrations for Samuel Baron's 'A description of the kingdom of Tonqueen', Vol VI, Plate 3.