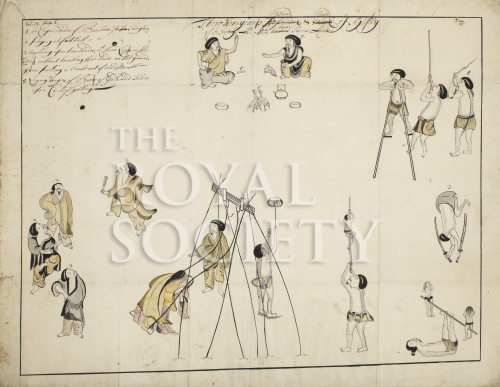 Their New-Year's Pastime, in Illustrations for Samuel Baron's 'A description of the kingdom of Tonqueen', Vol. VI, plate 6.