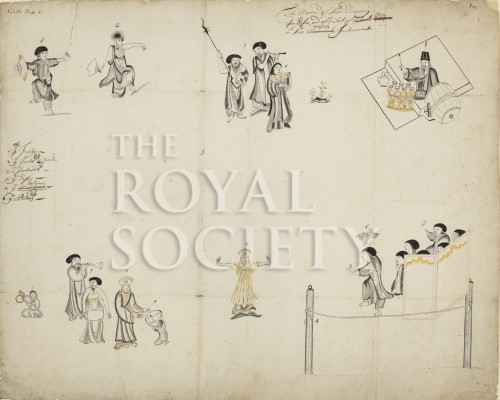 The manner of their dancing upon ropes, etc

The manner of their dancing upon ropes, and other sort of plays with their musical instruments, in Illustrations for Samuel Baron's 'A description of the kingdom of Tonqueen', Vol. VI, plate 5.