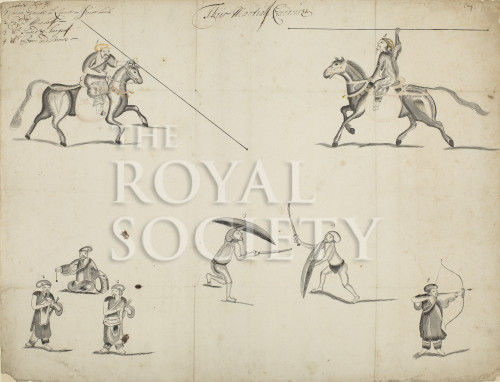 The martial exercises of the people of Tonqueen, Illustrations for Samuel Baron's 'A description of the kingdom of Tonqueen'.