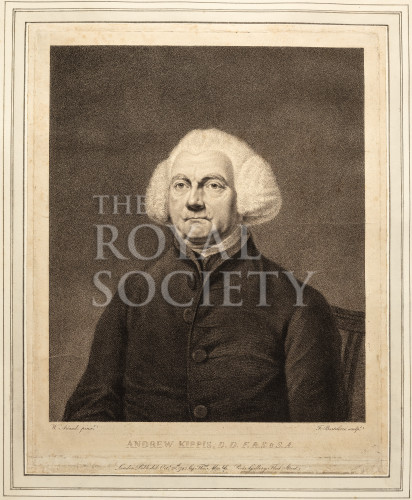 Half-length portrait of Andrew Kippis, looking to the left [as viewed], wearing a dark overcoat, a white necktie and a wig.

Andrew Kippis (1725-1795) Presbyterian minister and biographer was elected a Fellow of the Royal Society in 1779.