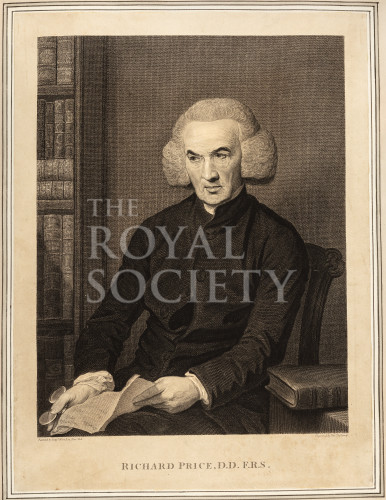 Half-length portrait of Richard Price, his head tilted slightly to the left [as viewed], wearing a black overcoat and a wig, holding his glasses and a sheet of paper in his lap.

The original portrait of Price by Benjamin West is part of the Royal Society's portrait collection [ref: P/0102]

Richard Price (1723-1791) British philosopher, demographer and political radical was elected a Fellow of the Royal Society in 1765.