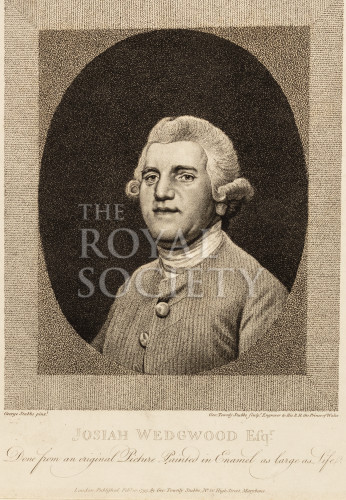 Half-length portrait of Josiah Wedgwood, his body angled left and looking just left of the camera [as viewed]. He wears an overcoat, a necktie and a wig.

Inscribed below: 'George Stubbs pinx.t Geo: Townly Stubbs Sculp.t Engraver to His R. H. the Prince of Wales
JOSIAH WEDGWOOD Esq.r
Done from an original Picture Painted in Enamel as large as Life'.

From The Priestley Papers a volume containing portraits, drawings, letters and other memorials of Joseph Priestley, curated and edited by James Yates.