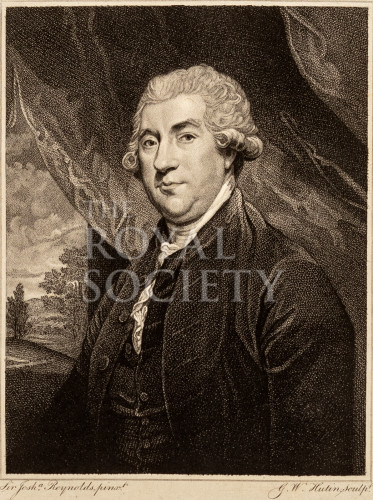 Half-length portrait of James Boswell, body facing left [as viewed], looking directly into the camera. He wears a dark overcoat and waistcoat, a white necktie and a wig. Rolling hills and trees are visible behind him.

From The Priestley Papers a volume containing portraits, drawings, letters and other memorials of Joseph Priestley, curated and edited by James Yates.

James Boswell (1740–1795) lawyer, diarist, and biographer of Samuel Johnson, was not a Fellow of the Royal Society.