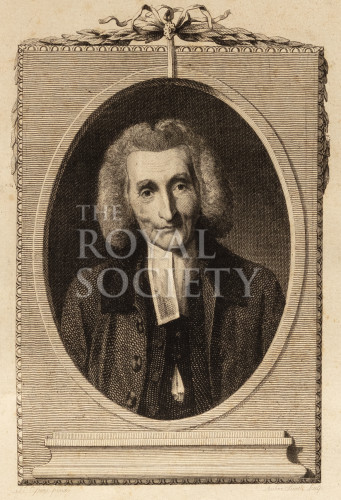 Oval half-length portrait of Micaiah Towgood, facing forward, his head tilted slightly to the left [as viewed]. He wears a dark overcoat and waistcoat with a white necktie and a wig. An ornate border frames the portrait.

Miciaih Towgood (1700-1792) British author and minister was not a Fellow of the Royal Society.