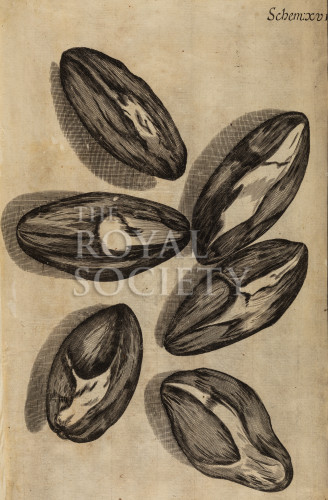 Written in the associated text: ‘through the Microscope, it appears a large body, cover’d with a tough thick and bright reflecting skin very irregularly shrunk and pitted, insomuch that it is almost an impossibility to find two of them wrinked alike’

Plate 17 from Robert Hooke’s Micrographia: or some physiological descriptions of minute bodies made by magnifying glasses with observations and inquiries thereupon (1665), the first fully-illustrated book on the topic of microscopy. In the preface Hooke asserts that he had discovered ‘a new visible World’.