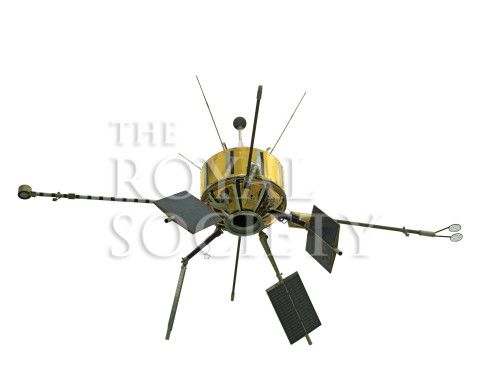 To size, flight model of the Ariel 1 satellite as seen from below. The satellite main body comprises a metal cylinder, with four antena extending upward, four solar panels extending downard and four arms, which support a tape recorder and other instrumentation.

Ariel 1 was the first British satellite, and the first satellite in the Ariel programme. It was constructed in the United States by NASA Goddard Space Flight Centre, following an agreement between NASA and the Science and Engineering Research Council (SERC) of the United Kingdom. It was launched in 1962 by a Thor-Delta rocket.