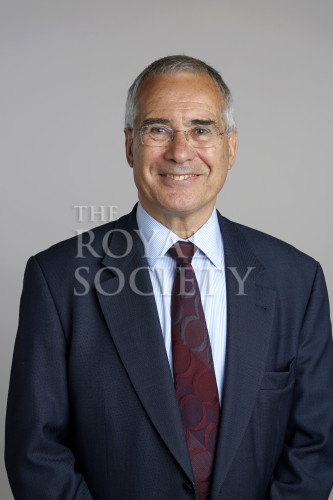 Half-length portrait of Lord Nicholas Stern, arms by his sides, looking directly out at the camera. Against a grey background. He wears a light blue shirt, a maroon tie and a navy suit jacket.

Lord Nicholas Herbert Stern, The Lord Stern of Brentford (b.1946), British economist and climate scientist, was elected a Fellow of the Royal Society in 2015.