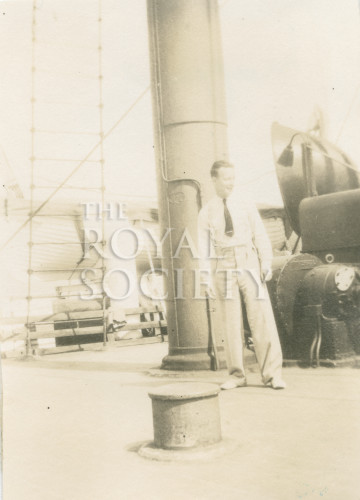 Full length portrait Ivan de Burgh Daly, on the deck of the S.S. Minnekahda, with a mast, lifeboat and machinery behind.

The image is inscribed in ink, verso: ‘Minnekhada 1929 I de B Daly’. From a collection of snapshots taken by Mary Pickford on board, captioned and donated by her. Backed with cardboard.