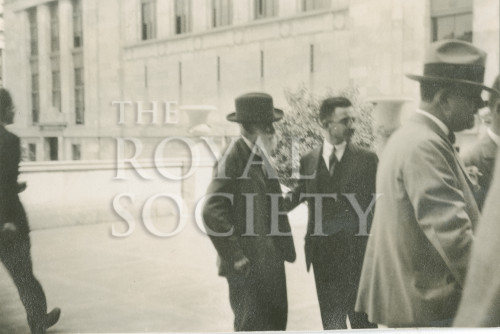 The image is inscribed in ink, verso: ‘Harvard 1929 Pavlov’. From a collection of snapshots taken by Mary Pickford, mainly on board the S.S. Minnekahda, captioned and donated by her. Backed with cardboard.

Pavlov travelled to the Congress on the S.S. Minnekahda, a U.S. Atlantic Transport converted troopship, repurposed as a single-class passenger ship. Archibald Vivian Hill (1886-1977) organised its use to transport European scientists to the U.S.A.

Ivan Petrovich Pavlov (1849-1936) Russian physiologist, was elected a Foreign Member of the Royal Society in 1907.