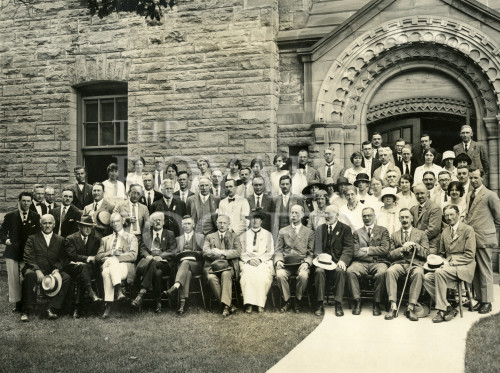 Formal portrait of members of the British Association for the Advancement of Science, Section K (Botany), attending the organisation’s meeting in Toronto, Canada, 1924. Three ranks of botanists, seated and standing, with additional figures on the entrance stairs to a [University of Toronto?] building. The President of the Section, Vernon Herbert Blackman, is seated front row, fifth from the right as viewed.

The image is from an album of original photographs, with postcards and other pictures collected during the BAAS meeting in Toronto. The album shows participants in activities of Section K: Botany. This page is inscribed below: ‘SECTION “K”.’