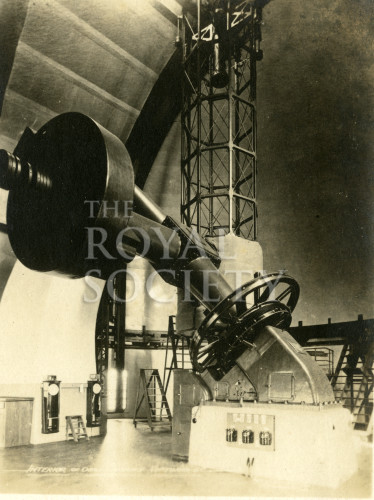 View of the interior of the Dominion Astrophysical Observatory, Saanich, British Columbia, Canada. The main feature is the 72-inch aperture reflecting telescope named in honour of the astronomer John Stanley Plaskett, first Director of the facility.

The image is from an album of original photographs, with postcards and other pictures collected during the British Association for the Advancement of Science meeting in Toronto, Canada, 1924. The album shows participants in activities of Section K: Botany. An inscription on the print states: ‘INTERIOR OF OBSERVATORY VICTORIA’.