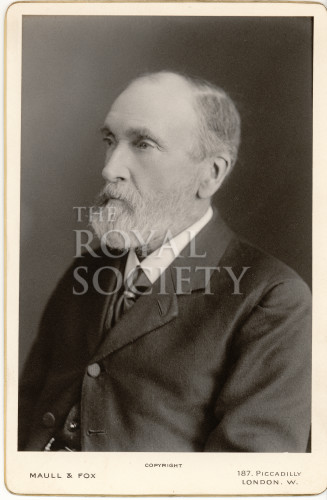 Image number: RS.7761
Credit: ©The Royal Society
Looking for a special gift? Buy a print of this image.

In 1887, Bastian became Physician at the National Hospital for the Paralysed and Epileptic, London. Bastian was an advocate of the doctrine of abiogenesis, a theory that living organisms can arise spontaneously from inanimate matter.

Bastian was elected a Fellow of the Royal Society in 1868.