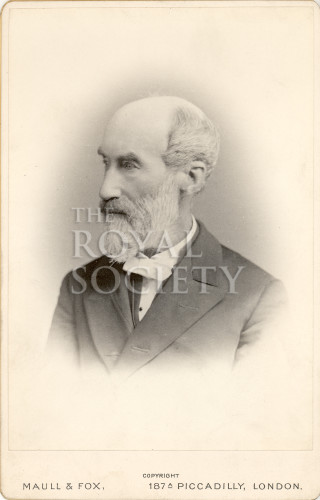 Image number: RS.7784
Credit: ©The Royal Society
Looking for a special gift? Buy a print of this image.

Bonney was a clergyman and geologist, in 1868 he was appointed tutor at St John's College, Cambridge and lecturer in geology. He studied the igneous and metamorphic rocks in Alpine regions and in various parts of England, Wales and the Scottish Highlands. He was president of the Geological Society (1884–1886) and president of the Mineralogical Society. In 1887, Bonney was appointed honorary canon of Manchester.

Bonney was elected a Fellow of the Royal Society in 1878.