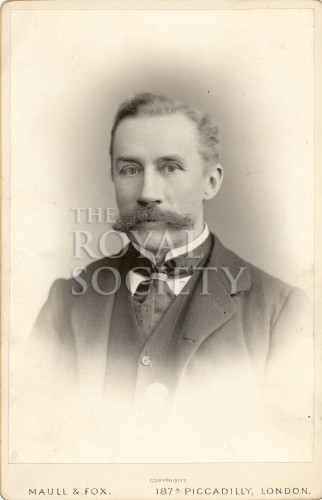 Image number: RS.7786
Credit: ©The Royal Society
Looking for a special gift? Buy a print of this image.

Bottomley held the post of Demonstrator of Experimental Physics at the University of Glasgow for 29 years. He published works on dynamics and hydrostatics. Bottomley was the nephew of physicist William Thomson, 1st Baron Kelvin (1824-1907).

Bottomley was elected a Fellow of the Royal Society in 1888.