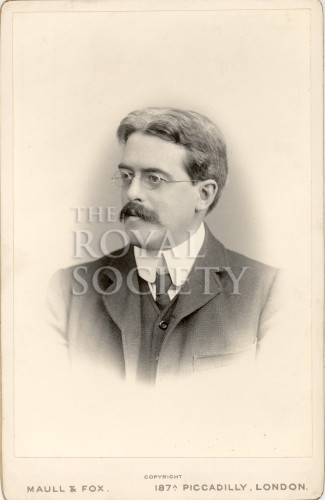 Image number: RS.7805
Credit: ©The Royal Society
Looking for a special gift? Buy a print of this image.

Bromwich worked on algebra, analysis and investigated the theory of quadratic forms. His publications include An introduction to the theory of infinite,1908.

Bromwich was elected a Fellow of the Royal Society in 1906.