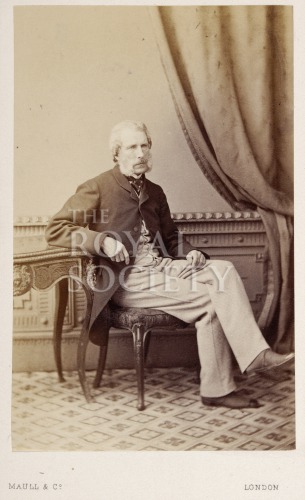 Image number: RS.7831
Credit: ©The Royal Society
Looking for a special gift? Buy a print of this image.

Full length studio portrait of Henry John Carter, seated in a relaxed pose, his legs crossed and his right elbow leaning upon a table. A drape and wainscot behind.

Henry John Carter was elected a Fellow of the Royal Society in 1859.