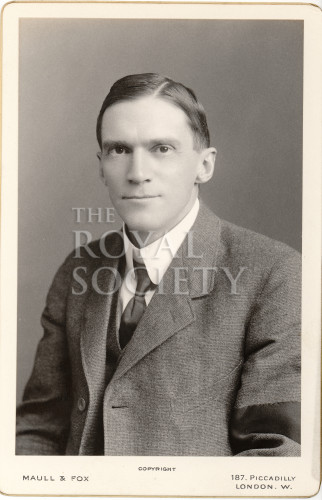 Image number: RS.8320
Credit: ©The Royal Society
Looking for a special gift? Buy a print of this image.

Barnes work focused on calorimetry, the science of measuring the heat of chemical reactions or physical changes. In 1912 he became Tyndall Lecturer at the Royal Institution in London.

Barnes was elected a Fellow of the Royal Society in 1911.