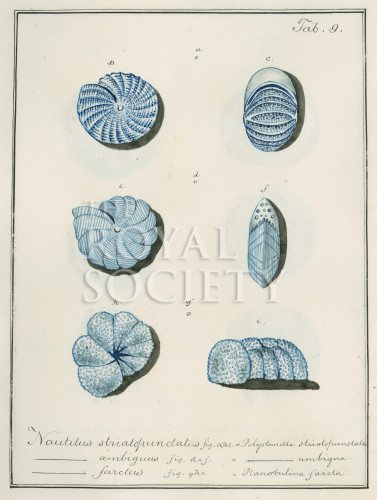 Image number: RS.9299
Credit: © The Royal Society
Looking for a special gift? Buy a print of this image.

Each foraminifera [single-celled marine organisms with shells] in the illustration is reproduced as two planes under magnification and at actual size. In modern taxonomy: Elphidium striatopunctatum, Dendritina ambigua, and Cibicides farctus.