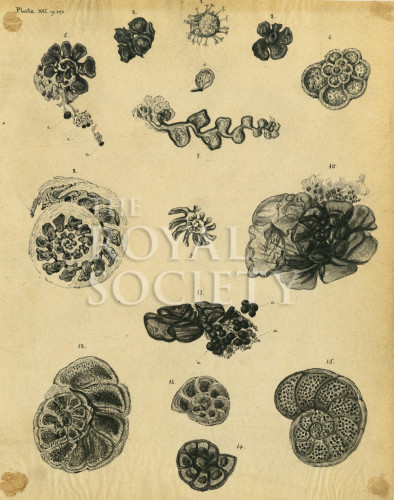 Image number: RS.9303
Credit: © The Royal Society
Looking for a special gift? Buy a print of this image.

Copy of plate 21 from the paper “On the fossil remains of the soft parts of Foraminifera, discovered in the chalk and flint of the south-east of England”, by Gideon Mantell, Philosophical Transactions of the Royal Society, vol.136, 1846, pp.465-471.