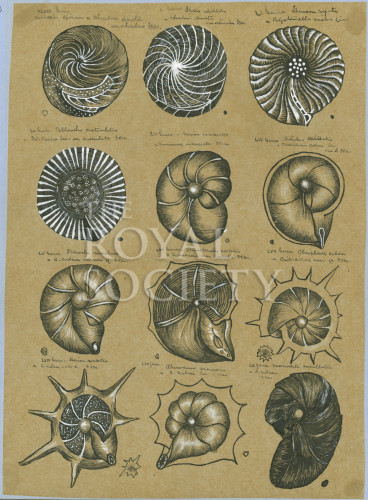 Image number: RS.9309
Credit: © The Royal Society
Looking for a special gift? Buy a print of this image.

A composite illustration built up from individual plates within the book Conchyliologie systematique, et classification methodique des coquilles ...by Pierre Denys de Montford (2 volumes, Paris, 1808-1810). Each specimen of foraminifera [single-celled marine organisms with shells] is inscribed with De Montford’s “genre” number and a brief caption. Each appears with an indication of the actual size of the specimen, drawn alongside the magnified illustration.