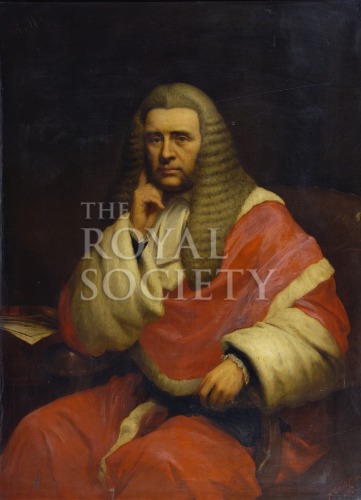 Three quarter length seated portrait of William Robert Grove in judge’s robes and wig. Grove is half-turned to the left as viewed, his right hand held at his face, index finger at his cheek, the left holding the armrest to his chair. Grove wears a signer ring on his left hand. At his right elbow are papers and a book.

William Grove was elected a Fellow of the Royal Society in 1840.