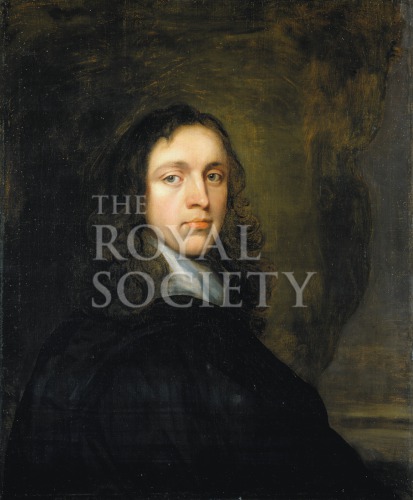 R
Image number: RS.9738
Credit: ©The Royal Society
Looking for a special gift? Buy a print of this image.

Head and shoulders portrait of Abraham Hill regarding the viewer over his right shoulder. Hill has shoulder-length natural brown hair and wears a dark robe with a white square collar visible at the neck.

Abraham Hill (1630-1732) British merchant was a founding Fellow of the Royal Society, elected in 1660. He was the Society's Treasurer from 1663-65 and, as such, was responsible for the Society’s purchase of stock in the Royal African Company, which held the monopoly of the English slave trade from Africa to the West Indies.